Fassin also asserts that “analyzing who is jailed and why means asking which of the acts that are subject to condemnation are punished and which are tolerated, which are deemed serious or minor, which incite outrage and which are looked on with indulgence”; to this I only nod in agreement and think about the apparent immunity to punishment granted to the United States police force (or the “exemplars of state violence”, as Lewis Gordon referred to them when we met last summer) and the POTUS, particularly Barack Obama: the smoothest criminal, of my lifetime thus far, who played a key role in the militarization of the police and the mass murder of global civilians all in the name of United States exceptionalism.

“Obama chose to allow the CIA, a secretive entity with a long history of unjust killings, to carry out strikes; he chose to keep the very fact of drone killings classified, deliberately invoking the state-secrets privilege in a way guaranteed to stymie oversight, public debate, and legal accountability; and he chose to permit killings outside the greater Afghanistan war zone, in countries with which the U.S. was not at war. Those choices made more unjust killings predictable and inevitable.”
-Conor Friedersdorf, Obama’s Weak Defense of His Record on Drone Killings

By the numbers, the amount of innocent lives lost abroad thanks to Obama and his administration reminds me of the words of Émile Durkheim: “We do not condemn it because it is a crime, but it is a crime because we condemn it.”
Operation Inherent Resolve | Number of Weapons Released

In Mosul, Iraq, since the start of operations to liberate the city on Oct. 17, 2016, to the liberation of the East side of Mosul on Feb. 18, 2017, the total number of reports of possible civilian casualties was 37. The total number of credible reports during this time period was 15. The percent of engagements in Mosul during this time period that resulted in a credible report of credible civilian casualties was .37%.” 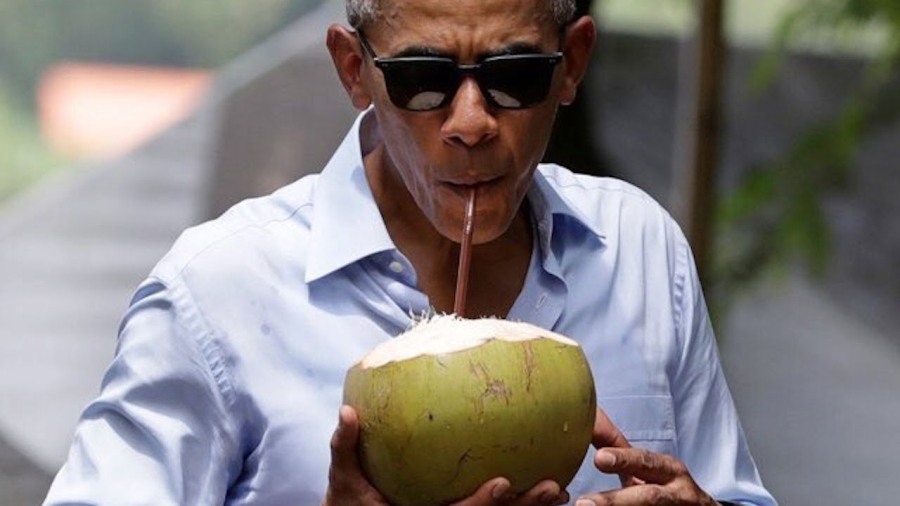 From Jeremy Scahill at The Intercept:
“The White House and Pentagon boast that the targeted killing program is precise and that civilian deaths are minimal. However, documents detailing a special operations campaign in northeastern Afghanistan, Operation Haymaker, show that between January 2012 and February 2013, U.S. special operations airstrikes killed more than 200 people. Of those, only 35 were the intended targets. During one five-month period of the operation, according to the documents, nearly 90 percent of the people killed in airstrikes were not the intended targets. In Yemen and Somalia, where the U.S. has far more limited intelligence capabilities to confirm the people killed are the intended targets, the equivalent ratios may well be much worse.”

Then there’s the fact that this year alone United States police are responsible for the death of 305 people; 1092 people in 2016; 1146 people in 2015.
Then there’s the fact that of the 189,520 Inmates in US federal prisons (not to be confused with the total correctional population of 6,700,000+ that consists of all offenders under the supervision of adult correctional systems, which includes offenders supervised in the community under the authority of probation or parole agencies and those held in the custody of state or federal prisons or local jails), here is the breakdown of the offenses that led to their imprisonment:

Why am I throwing all of these numbers at you? To paint a picture of the illogical nature of the United States criminal injustice system and (y)our participation in its perpetuation.
Fassin examines Claude Faugeron and Guy Houchon’s theoretical move from “the study of punishment to the sociology of penal policy”; I want to invite you to make another move to, what I think of as, the philosophy of the language and logic of the criminalization of poverty in the United States.
There are carefully-constructed reasons why Barack Obama and (the majority of) trigger happy cops will never see the inside of a prison cell. One main reason is because public opinion doesn’t deem them criminals. But there’s more to the story.
Spending more money, time, and resources on figuring out ways to punish people for the crimes they commit instead of spending money, time, and resources on figuring out how to prevent crimes from being committed in the first place is counter-productive if the intent of punishment to prevent people from committing crimes in the future. Since the majority of people in US jails and prisons are behind bars for non-violent, drug related offenses AND over 60% of people behind bars are addicts and substance abusers who were imprisoned for crimes related to funding their addiction it’s no surprise recidivism occurs at all. If you deprive people of their human rights while in prison/jail/pretrial detention in order to teach them a lesson of some sort and then release them back into an environment that lacks the necessary resources for upward social mobility and then criminalize different logics and methods of survival while implementing harsher sentences for crimes that were once handled with fines instead of imprisonment…the revolving door of the prison system remains well-oiled. Addressing the causes of crimes is necessary especially when the majority of the prison population are being convicted of non-violent crimes or are repeat offenders who are victims of discriminatory legislation. When I see a prison or a jail or a detention center or a police car I see a nuisance to society; I see the real barriers to justice; I see large-scale weaponry against the poor and the marginalized. I see pay raises for the exemplars of state violence. I see a system designed to turn future leaders into biopower. A system that works so well that police brutality and dehumanization are normalized.

According to Human Rights Watch:
“Every 25 seconds in the United States, someone is arrested for the simple act of possessing drugs for their personal use…Around the country, police make more arrests for drug possession than for any other crime. More than one of every nine arrests by state law enforcement is for drug possession, amounting to more than 1.25 million arrests each year. And despite officials’ claims that drug laws are meant to curb drug sales, four times as many people are arrested for possessing drugs as are arrested for selling them.”

“In addition to the 1.6 million people incarcerated in federal and state prisons, there are 646,000 people locked up in more than 3,000 local jails throughout the U.S. Seventy percent of these people in local jails are being held pretrial — meaning they have not yet been convicted of a crime and are legally presumed innocent. One reason that the unconvicted population in the U.S. is so large is because our country largely has a system of money bail, in which the constitutional principle of innocent until proven guilty only really applies to the well off. With money bail, a defendant is required to pay a certain amount of money as a pledged guarantee he will attend future court hearings. If he is unable to come up with the money either personally or through a commercial bail bondsman, he can be incarcerated from his arrest until his case is resolved or dismissed in court.”
–Bernadette Rabuy and Daniel Kopf, Prison Policy Initiative

The philosophy of the language and logic of the criminalization of poverty in the United States makes it acceptable to allow the majority of the United States penal population to be made up of non-violent drug offenders and people who can’t afford to post bail while perpetuators of mass murder, like Barack Obama, and exemplars of state violence get romanticized along with paid administrative leave.
To be clear, I’m not insinuating that the solution to this problem is to lock anyone else up. I’m a strong and vocal advocate for prison abolition (here are some great resources to learn more about the prison abolition movement) and a collective reassessment of how severe the consequences of structural violence truly are; especially with relation to the power of the United States oligarchy.

From Explaining Difference: “Culture,” “Structural Violence,” and Medical Anthropology:
“Structural violence,” is a term that Farmer has developed in his own writings to explain differences between how people live in different parts of the world. He explains “the massive accumulation of wealth in one part of the world and abject misery in another” by showing how both exist in relation to each other, within the same political and economic system.
-Dr. Janelle S. Taylor

For now, I’ll leave you with this thought: the metacarceral imagination of the uninformed and/or ethically-manipulated public of the United States is need of a wake up call. People caught possessing small amounts of marijuana can be sentenced to life in prison while thousands of murderers, who happen to be cops, are on paid leave and drone-steering POTUS’ are romanticized by the (US)American public. Is that what justice looks like to you? If so, for whatever reason, accept that you’re not outraged by all people who are responsible for murders and deemed criminals by the state…you’re only brainwashed into being selectively ethical with your moral judgments as they relate to “crime” and punishment.
It’s easy to advocate for human rights when you only consider certain people humans.